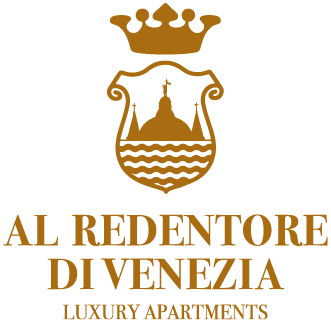 and how to reach us

Far from… the daily grind of one of the most visited cities in the world!
The luxury apartments at the Al Redentore di Venezia are within easy reach ofSanta Lucia Venice Train Station, the Venice Port and the parking lots in Piazzale Roma and Tronchetto. In fact, there is a good network of rapid transportation, both day and night, that lets Guests have the City of Venice at their fingertips.

Immersed in a romantic, timeless atmosphere, far from the beaten tourist path, the elegant apartments are near the Redentore’s Church on the banks of Saint Mark’s Square, Punta della Dogana and Salute’s Church, right next to the Island of San Giorgio, where is Fondazione Giorgio Cini, an internationally renowned cultural center.

The island of Giudecca is an excellent starting point to reach – with a water shuttle leaving at the nearby Palanca and Redentore stops – the banks of the Zattere, San Marco and all the main attractions in Venice.

Venice is one of the most visited tourist destinations in the world, full of quaint and romantic sites, extraordinary architectures overlooking the water, historic buildings and important exhibition areas, like Pinault and GuggenheimFoundations, which host internationally acclaimed shows every year.

San Marco | The bell tower, Palazzo Ducale and the splendid Basilica of San Marco are part of the magical scenery of Saint Mark’s square , an awe-inspiring open-air area amongst antique coffee shops and typical porticos of the Procuratie,home of the Correr Museum. In the surrounding areas, strolling amongst shops, stopping in elegant boutiques right before you arrive to Rialto’s area with its world famous bridge , lively local market and a few cafes where you can taste traditional Venetian aperitif, the spritz.

The island of Giudecca is a mix of sacred and profane , with Redentore and Zitelle Churches. It looks like it was suspended between ancient artisan and religious tradition. Since 1576,in July, Venetians are used to celebrating Redentore festivity ,in order to give thanks for the end of the Plague. It is one of the main cultural events. It is a show that should not be missed with its marvelous Fireworks, the Gondola Regata,the long bridge that only once a year connected the Island of Giudecca with Zattere. The Island of Giudecca is the real island of Venice, the only island from which you can admire the lagoon on one side and the wonders of Saint Mark’s Square and San Giorgio’s Island on the other side.

From (A4) exit Mestre – Venice and follow the signs to Piazzale Roma. Leave the car in the parking of…

The international airport “Marco Polo” Venice is 15 km from Venice. Reach the island of Giudecca with the shuttle Alilaguna…

From the port take the People Mover to Piazzale Roma and then take the vaporetto line 4.1 (direction San Marco)…